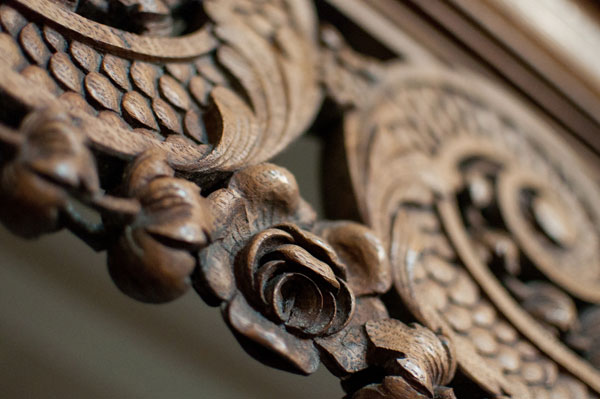 There has been a church on the site for over 1000 years, with the first Rector, Norman, recorded in 1108. The original Saxon building was enlarged in 1418 and almost entirely rebuilt in the next century. This church was demolished as unsafe in 1739.

The tradition of St Botolph’s being an Inclusive church is longer than we realised. English Heritage have advised us of a special event that happened in 1618. It is an entry in the parish records by John Clerke, who was the clerk of the Parish (note the unusual spelling and style of language from that era):-

‘Thomas Speller a dumbe person by trade a Smith, of hatfield Broadoake in the Countie of Essex, and Sara Earle, daughter to john Earle of great Partington in the Countie aforesaid, were Maried by a Licence from Doctor Edwardes Chauncellor of the dioces of London: the seaventh day of December Anno Dm 1618. which Licence aforesaid was granted at the request of Sir Francis Barrington knight and others of the place above-named, who by their Letters certified Mr Chauncellor, that the parents of either of them had given their consente to the said Mariage. And the said Thomas Speller the Dumbe partie, his willingnes to have the said Mariage rites solemmized, appeared, by bringing the Booke of Comon prayer (and his licence) in the one hand, and his Bride in the other unto the Minister of our Parish Mr Briggs, and made the best signes he could, to show that he was willing to be maried, which was performed accordinglie, And also, the Lord Cheife Justice of the Kings Bench, (as Mr Briggs was informed) was made acquainted with the sais Mariage before it was celebrated and allowed the same Mariage to be lawfull. I have sett downe the order of this Mariage at long, because wee never had the like. John Clerke’
Reference: Forbes T F (1971: 29-30) Chronicle from Aldgate: life and death in Shakespeare’s London Yale University Press, New Haven