A questioning faith
A radical hope
An inclusive love 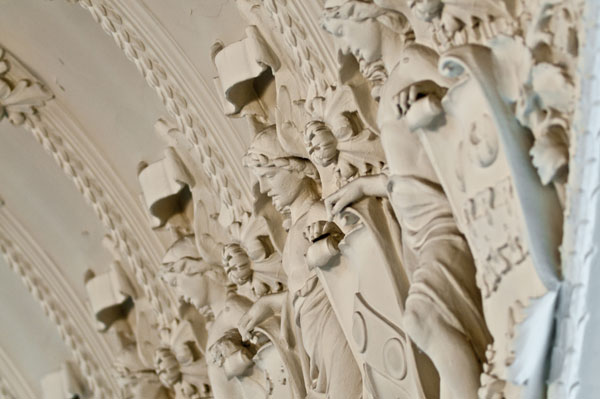 The present building was finished in 1744. It is the work of George Dance the Elder, who also built Mansion House, the official home of the Lord Mayor of London.
Towards the end of the nineteenth century the interior of the church was remodelled by J F Bentley, architect of the Roman Catholic Cathedral at Westminster. He made the carved ceiling and added the decorative plasterwork, created the chancel by adding the side screens, replaced the gallery fronts with a pierced balustrade and replaced the large box pews with the present seating. His work survived the bombs which fell on this part of London during the Second World Wars. In 1941 a bomb pierced the roof near the organ but failed to explode. Our Rector in those days slept among the coffins in the Crypt, coming out onto the church roof during air raids to put out incendiary bombs.

Thanks to our previous architect Mr Rodney Tatchell and MR J S Comper, the church interior was greatly improved following a fire in 1965, notably by the creation of the Baptistry in the space under the tower.